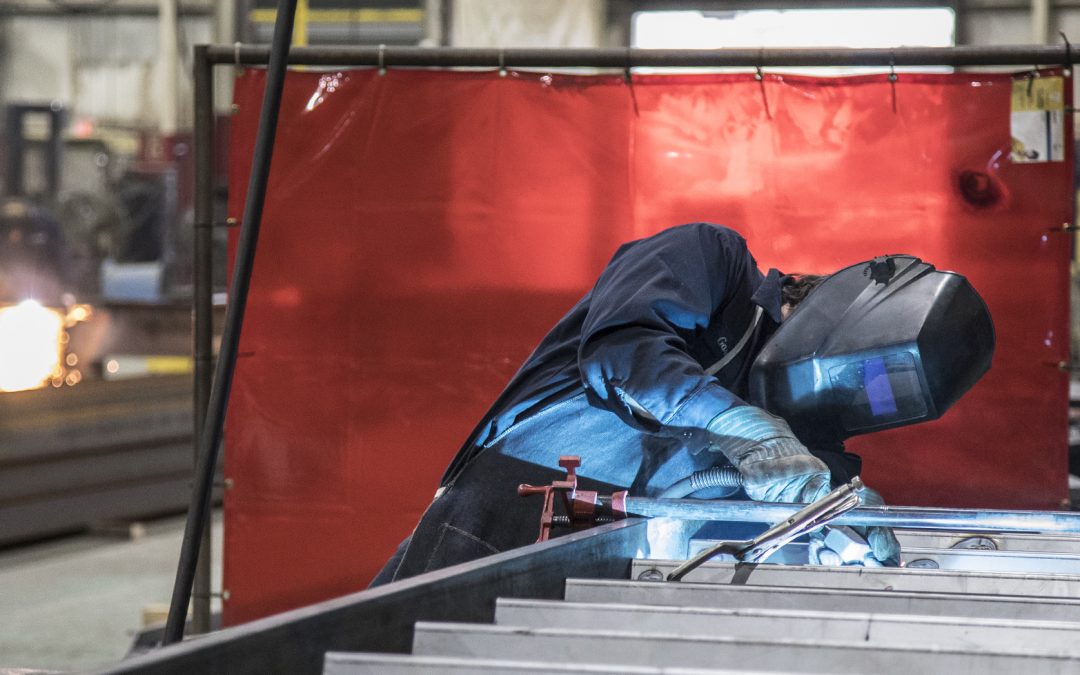 Most of the steel barriers the Detroit company makes, called bollards, are wrapped in yellow plastic — for visibility — and can be found around the perimeters of McDonald’s restaurants, Costco warehouse stores, and Boeing aerospace assembly plants.

The retail banking giant wanted them in lime green.

“We thought they were out of their minds,” Venegas said. “But when they redid their banks and started to put them up, they actually looked pretty good.”

The sale of thousands of customized barriers to Huntington Bank since 2010 was a reminder to Venegas that listening to the customer usually opens more doors of opportunity.

“You gotta listen to the customer. It’s the most important thing to do,” said Venegas, president of Ideal Group Inc. “If they want goofy, we’ll do goofy.”

Trying new things and adjusting to a changing customer base has been a central tenet in the rapid growth of the steel fabrication and barrier company Venegas’ brother, Frank, founded in 1979 and moved to southwest Detroit 23 years ago to fill a major void left by a Cadillac plant that had been shuttered in the late 1980s.

Ideal Group, the parent company of six core businesses the Venegases have on a city block along Clark Avenue, has risen from what began with Frank Venegas Jr. erecting steel cross beams for homes and small commercial buildings to a $350 million-a-year enterprise with an increasingly global reach beyond Detroit, where his grandfather immigrated from Mexico a century ago for Henry Ford’s $5-a-week assembly line wage.

The third and fourth generation of Venegases have built a business that has repeatedly intersected with Ford and GM — planting their company on the site of an old polluted GM factory, inventing and building safety barriers for auto factories, installing aluminum railings inside Ford Field and doing construction work at GM assembly plants and offices from Texas to Warren.