A Drive for Diversification 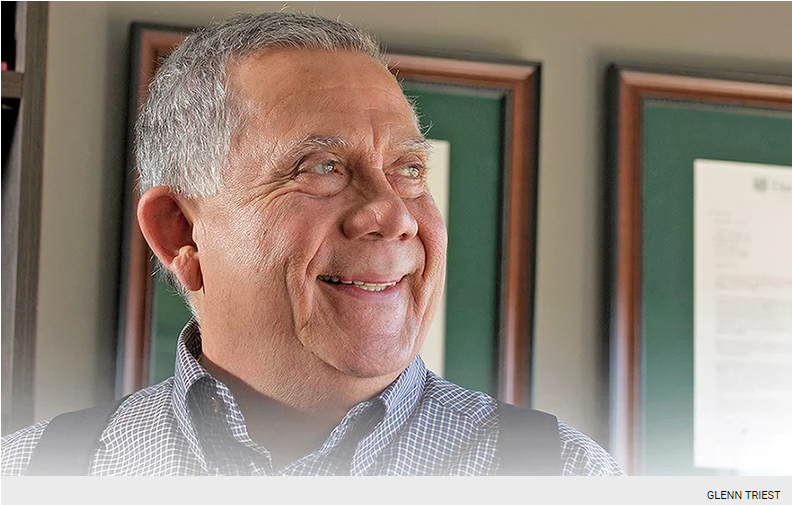 His grandparents immigrated to Detroit from Mexico in 1917, lured by Ford’s $5-a-day jobs. His grandfather worked at a Ford stamping plant for 41 years, and his father 39 years. At one point, Venegas said, the two were stationed just three machines away from each other.

Venegas, who was working in the homebuilding business, entered a raffle to win a 1979 Cadillac Coupe DeVille at a builders ball. He won — but drove the car for just nine days before selling it for $12,000 to start Ideal Steel & Builder’s Supplies Inc. in 1979. Ideal initially sold steel culverts for homes, but after the housing market slowed, Venegas had to sell wood-burning stoves as well to get through the rough patch.

As the economy recovered, he noticed homebuilders were taking on small commercial building contracts while awaiting a comeback in residential construction. So he dove into the commercial world. His first structural steel job was a doughnut shop expansion.

Venegas scored his first job with Ford in the early 1990s, building and installing crossover stairs for assembly plants. Ford approached Venegas and asked if Ideal would get certified as a minority business enterprise.

“It gave me the opportunity to work for them, understand how to bill, how to do things, safety procedures, union things,” Venegas said. “I started on small jobs. They kept on growing and growing. I did a lot of work at Ford.”

Read the full story from Vince Bond of Automotive News here: A Drive for Diversification